Friction performance is the result of the interaction between rotor and friction material surfaces. Kinetic energy has to be transformed into heat, plastic deformations, chemical eactions and wear debris. The latter generates the formation of the socalled third body layer and its initiation, growth and de gradation will generate the actual friction coefficient and vibrationsbehavior.
Some raw materials seem to promote third body layer formation more than others. The composition of plateaus usually contains iron oxide, copper, carbon, silicon and calcium. Since copper free materials are under development, the importance of understanding the third body layer formation has become bigger.

PROMAXON®-D is widely used in NAO non steel formulations. It is a calcium silicate with a special morphology that influences friction material at two levels: the macro-bulk-scale and the micro-surface-scale.

Bulk effect is related to the volume and porosity degree of the friction material. This affects the elastic modulus and vibration adsorption.

Surface effect is related to the third body layer. When PROMAXON®-D is combined properly with an anchoring material (i.e. a mineral fibre) it can promote the initiation and stabilization of the third body layer. As a result friction coefficient stabilization and wear will be improved. Wear is also directly related to noise as proposed by Lee et al.

This paper deals with the understanding of the importance of calcium silicate morphology for the bulk properties and in the third body layer formation. It demonstrates how the raw materials morphology, regardless of its chemical composition, plays an important role at macro and micro level in NAO non steel materials. 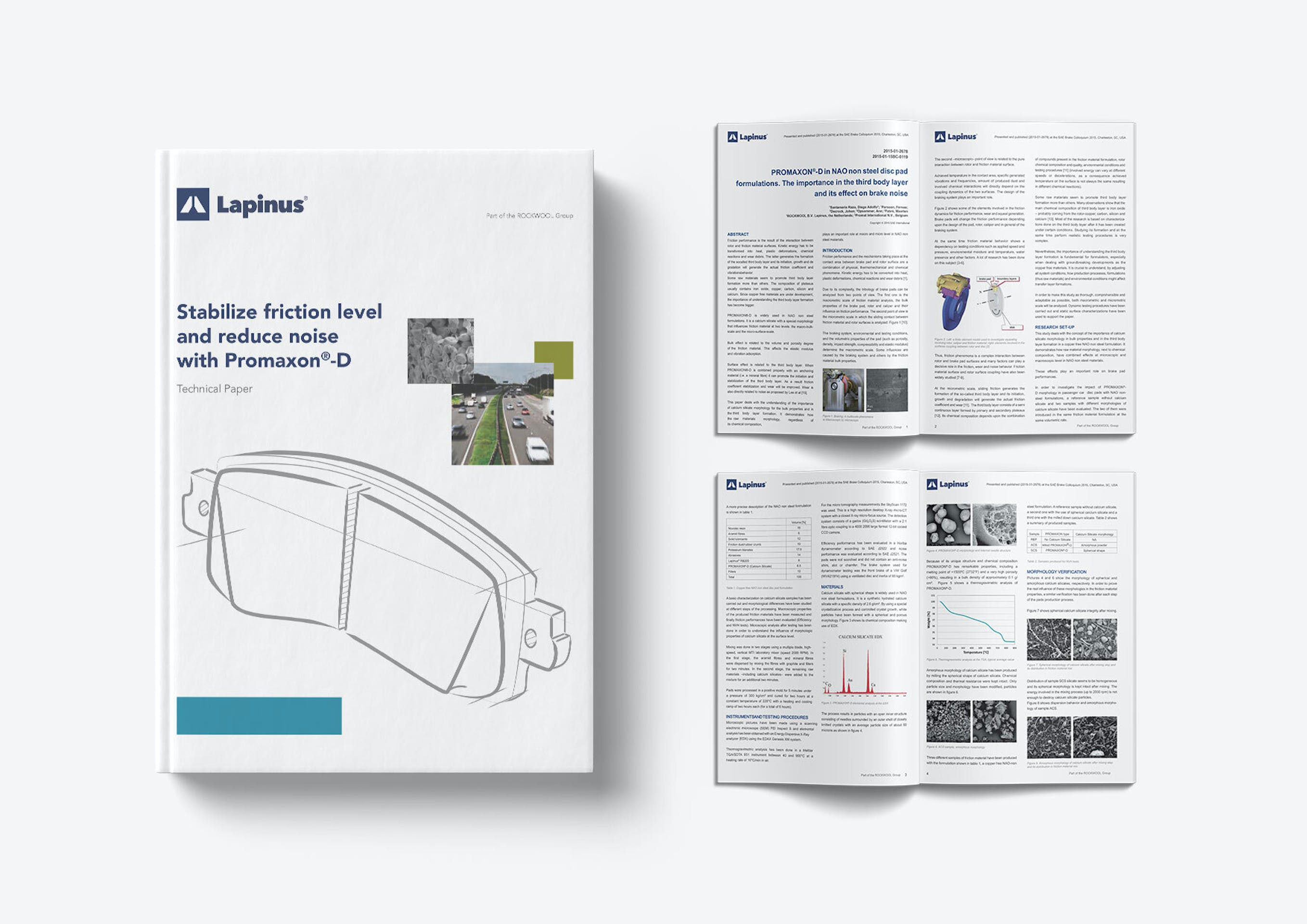 Friction performance and the mechanisms taking place at the contact area between brake pad and rotor surface are a combination of physical, thermomechanical and chemical phenomena. Kinetic energy has to be converted into heat, plastic deformations, chemical reactions and wear debris.

This paper describes the effect of fibre properties, such as chemical composition and fibre diameter, on friction performance in disc pad applications.

How can we help you?